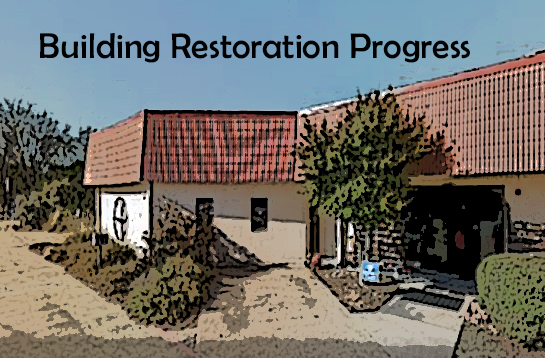 Reconstruction work is essentially complete. The Sai Center will start using the church on a limited basis.

Mold remediation work: The air samples taken on October 29th showed significant improvement, with the only area needing additional remediation was the maintenance storage room at the back of the church building.

Recent accomplishments:  The church has been buzzing with activity nearly every weekday for the past month, both with contractors and volunteers.  Noteworthy are: 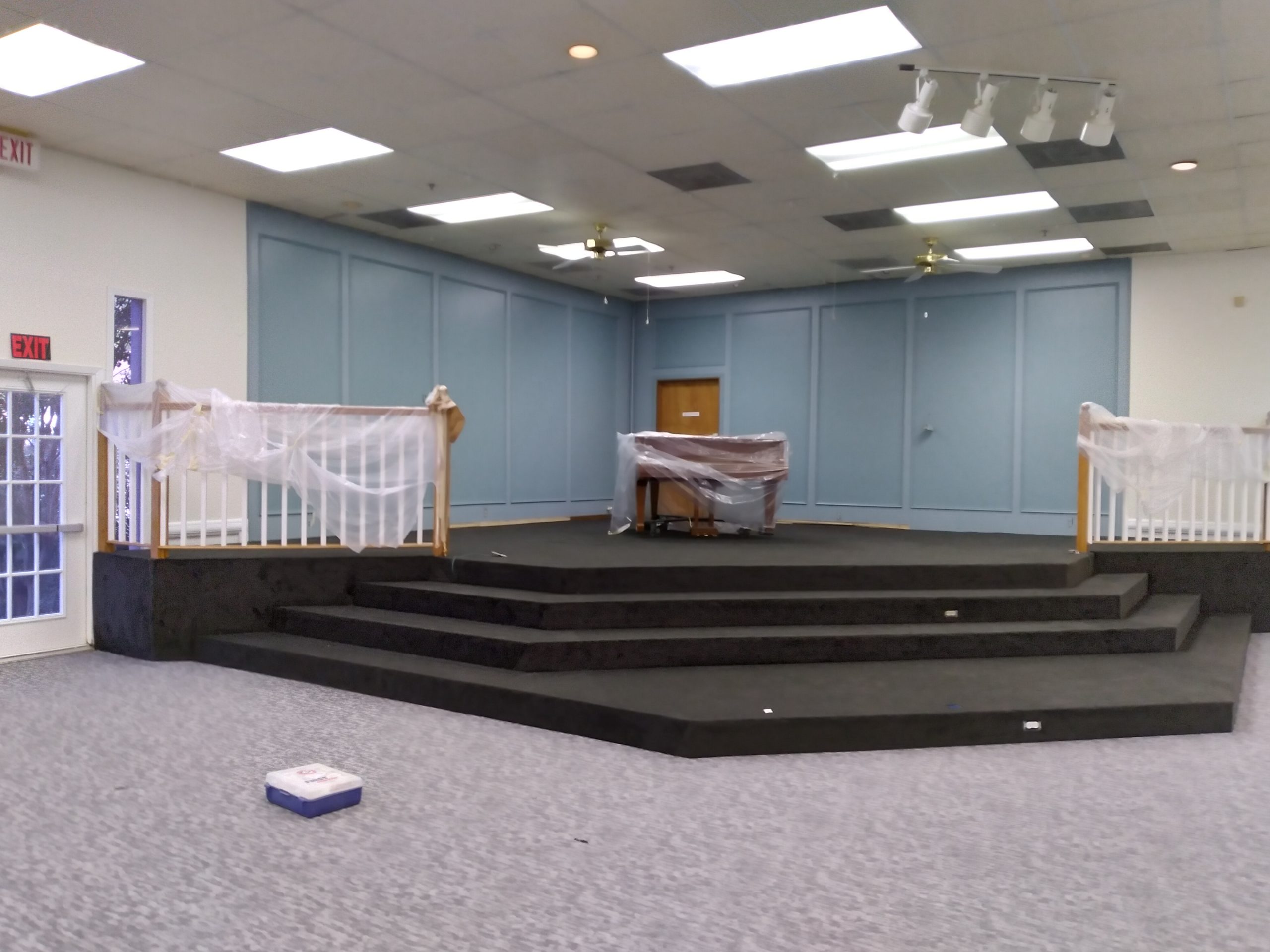 Mold remediation work:: The last five areas with mold issues (Annex F Outer, the [old] Minister’s Study, the women’s rest room and the RE/maintenance storage areas in the back) have undergone remediation and air samples were taken on Monday, October 11th, results of which we expect today..

Recent accomplishments:  The church has been buzzing with activity every weekday for the past month, both with contractors and volunteers.  Noteworthy are:

Help needed:  While a lot of the “heavy” work has been or is being handled, there are several activities requiring volunteers that involves much less physical exertion.

Refer to the following progress captured in photos:

SEPTEMBER 10, 2021   Things are starting to move! This week we obtained clearance from RCI Environmental to proceed with work now that mold levels are down to acceptable levels (more detail below). For the main building, renovation will commence this coming Monday morning (September 13th) and this phase is expected to take four to six weeks. Additionally, mold remediation in the Annex will commence either today or Monday and will take about two weeks before we can expect clearance.

Remaining mold remediation work (main building): The only areas that still had a bit higher than acceptable spore counts were the (old) Minister’s Study, the women’s rest room and the RE/maintenance storage areas in the back. None of these will hold up reconstruction.

Recent accomplishments:  There has been a lot of “miscellaneous” activity by volunteers since funding approval has been obtained.  Noteworthy are:

HELP NEEDED:  While a lot of the “heavy” work has been or is being handled, there are several activities requiring volunteers that involves much less physical exertion.

JULY 7, 2021  During the past month there has not been appreciable physical progress on the church, however, there has been some scheduling shifts for various reasons. We’ve received some funds to apply to the renovation. Also, several preparatory activities have been happening.

JUNE 1, 2021  The committee recommends engaging Lone Star Remodeling to do renovation. This is an employee–owned and operated local company that proved to be reliable and trustworthy in the past. Lone Star provided an estimate of $179,970 for completion of the current work. Lone Star is negotiating the settlement amount with our insurance provider. This will delay the start of work until July, with estimated completion sometime in August. Work to create an ADA–compliant restroom is not included in the current restoration plan. Another Congregational vote will be needed later to authorize spending for additional building renovation and upgrades. There is no working phone in the building now, except near the circuit breakers. Phone calls to the church are being forwarded to a cell phone that Connie will monitor and answer during business hours.

MAY 23, 2021  As of mid-May we have completed the first round of insurance claim/reimbursement/remodel contract negotiations (B. Daffinee – S. Mason). Initial cleanup by church members allowed us to recover our insurance deductible. The insurance covers replacement value, but depreciation and rapidly increasing materials and labor cost/availability are complications that have yet to be fully resolved. We hope to have a remodeling contract in place by the end of the fiscal year, with remodeling to begin by the end of July,

FEBRUARY 16 – APRIL 12, 2021  During our week of extreme winter weather our church building suffered from burst pipes and LOTS of water damage. Detailed description of this event and restoration progress.