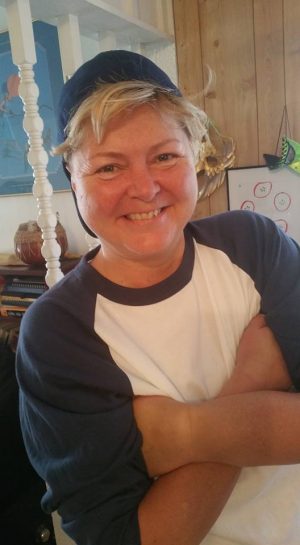 Kiya Heartwood is a lifelong musician, activist, and creator of good things in the world. She is currently in the final stages of completion of her Masters of Divinity degree from the Starr King School for the Ministry.

The habit of projecting ourselves out of the present moment and into a fantasy of what could be (both good and bad) is very common. But we have a choice that empowers us right now: to love both who is here and what is true. … read more.

Join us as Kiya Heartwood leads an exploration of the life and works of Margaret Fuller. A figure in the Transcendentalist movement along with Ralph Waldo Emerson, and Henry David Thoreau, Fuller forged an inspiring path as a journalist, literary critic, and advocate of the … read more.

How much do you know about our second U? The 1961 merger of the American Unitarian Association and the Universalist Church of America gave rise to the UUism that we know and practice today. But both traditions had a rich history before the last century, … read more.

A place of comfort for all who struggle with this season. Bring whatever you can of your self; there’s room for the messy, the broken, and the wounded here.

We will have a very jazzy service this Sunday!  Musical expression mirrors the values and experiences of those who create it. Jazz  music originated in the African-American communities of New Orleans, and its roots run deep. How did its inception and growth in popularity signify … read more.