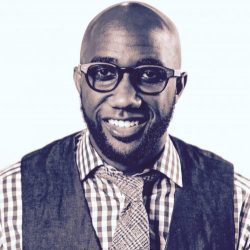 Rev. Robinson’s transition to Dallas, Texas came after an eight year career with the United States Army followed by his graduation from Duke University with a Masters of Theological Studies and a Graduate certificate in African and African-American studies. The focus areas of his work at Duke were Black Liberation theology, Womanist theology, and Black people and culture in America at large. After accepting a position as the Young Adult and Singles Pastor at Concord Church he took on the challenge of building a thriving ministry for Millennials and Singles focusing on loving God, themselves and their communities. Compelled by the words of his own faith tradition, namely those found in Luke 4:18-19, Edwin transitioned from Concord Church to work directly within the community to address and eradicate the pervasive social evils of racial and gender bias, as well as economic injustice. This passion has taken Edwin all over the country assisting with organizing efforts in places like Waller County, TX after the death of Sandra Bland and Flint, MI supporting the citizens during the continued water and economic crisis.

Edwin fundamentally believes in the power of the people. This belief pushes him to organize diverse groups focusing particularly on the leadership of black, brown, and low-income people of faith. He believes through the Power of Faithful People and leadership of those who have been made to be “the least of these”, we can dismantle the systems of oppression that continue to create the poor and powerless and ultimately change the public face of faith in Texas.

What does it mean to bridge with those whose ways of thinking and being are truly different than our own? How do we gain the courage and motivation to connect across differences in a divided world? The dynamic Rev. Edwin Robinson returns to the Community … read more.

Albert Einstein said: “Learn from yesterday, live for today, hope for tomorrow. The important thing is not to stop questioning.” Join us as the dynamic and engaging Edwin Robinson returns to the Community UU pulpit once again. Where are you in your life? What do … read more.